There are a number of reasons why your car may get dented. Another car door may slam into yours, a ball may hit your car, or a cart may bang into it. Regardless of how the dent got there, you may have many questions about how to remove it. Here are three frequently asked questions about dent removal.

Can I Remove Dents Myself?

If the dent on your car is relatively small in size, not very deep, and the paint is intact, you may attempt to remove it yourself. If the dent is larger than a foot in any direction, appears deep enough to damage the foam behind the dent, or has damaged paint, you will want to take the vehicle to a professional. Large and/or deep dents can damage the foam or cushioning that is behind the body of your vehicle. This foam acts as an insulator if your vehicle is involved in an accident. If the foam is damaged, serious damage to your car and occupants can occur. If the paint is damaged by the dent, the paint needs to be touched up or rust can occur which can damage the steel auto body.

How Do I Remove Small Dents Myself?

There are a few different ways to attempt to remove a dent from a vehicle yourself. There are dent removal kits and tools sold at automobile parts stores that can assist you with this process. However, one of the easiest ways to remove a dent without risking damaging the paint is to use a plunger. The same tool that can unclog your sink or toilet may also help you pull a dent from your vehicle. Follow these steps to attempt this process:

How Does an Auto Body Shop Remove Large Dents?

An auto body shop may have a variety of ways to remove large dents. However, the method they decide to use is based on several factors. The location of the dent, whether the paint is damaged and whether foam behind the dent is damaged all play a role in which method they use. If the paint is not damaged and the foam isn't damaged, they will most likely use a dent puller to pull the dent out. If the foam behind the car is damaged, they will remove the damaged panel, replace the foam and hammer the dent out from the inside of the panel. If the paint is damaged, a professional will probably use putty to fill the dent, sand the putty down, and then repaint the affected area. If the dents in your car are fairly small, you may be able to remove them yourself, if you so choose. However, if the dents are large, you will want an auto body shop to remove them to preserve the strength of the body of your car if you are ever in an accident. Getting answers to the questions you have about dents will help you decide when to remove dents yourself and when to take it into a professional and how the dents can be removed. 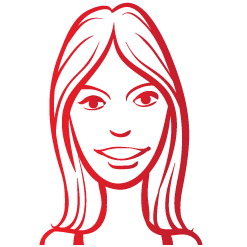 It is an unfortunate reality that automotive specialists and mechanics have gotten a reputation for being somewhat unethical in dealing with customers. This is because there are mechanics who are happy to take advantage of a car owner's ignorance by getting them to pay for services they don't really need. My name is Katie, and I work as an auto mechanic. I want to help you choose the right mechanic by giving you a list of things to watch out for and even some tricks about how to determine if someone is telling you the truth or not. A good mechanic can really make your life easier, so it makes sense to do what it takes to find the right person.

What Your Windshield Replacement Service Will Probably Want To Know
8 September 2020
If you are planning on replacing the damaged windshield in your car sometime soon, then you will probably need to work with a windshield replacement s …

Rolling Tarps: Why Use Them?
24 June 2019
If you've got trucks that transport unusual or large loads, you probably use tarps almost constantly. Basic tarps might be all you use at the moment, …

Four Other Things An Auto Body Shop Can Do That May Surprise You
8 September 2018
Everyone knows that when your car or truck gets into a wreck, you take it to an auto body shop for repairs and restoration. Yet, you probably did not …